LANARKSHIRE RIVALS RACE TO THE LINE IN “BATTLE AT THE BOATHOUSE”

LANARKSHIRE RIVALS RACE TO THE LINE IN “BATTLE AT THE BOATHOUSE”

A fantastic 50 members of Motherwell Athletics Club and Hamilton Harriers assembled at Strathclyde parkrun on Saturday (14th January) for the inaugural ‘mob run’ between the Lanarkshire rivals.

The mob run – so called because it pits one ‘mob’ against another – saw club members race the 5k course in bracing conditions, with Motherwell narrowly defeating Hamilton in what has been christened ‘the Battle of the Boathouse’.

Motherwell fielded 28 runners plus four volunteers, with Hamilton bringing 18 runners to the event. The title was decided by the average of each team’s runners, with all times counting. Motherwell took the crown with an average time of 23:31, compared to Hamilton’s 24:09.

The race was organised by committee members from each club. Gayle Samson, Motherwell Athletics Club, said:

“It was inspiring to see such a big turnout at our first ever mob run, and we are very proud to lift the trophy for Motherwell AC. Although rivals, the camaraderie between the clubs was fantastic, and the race was a great opportunity to showcase how welcoming and fun our running clubs are. We had runners of all ages and abilities taking part today, ranging from 17 years old to 70-plus. I’d like to thank parkrun for welcoming our clubs, and Hamilton Harriers for putting up a fierce fight. We look forward to retaining our title at a future mob run!”

“It was a great atmosphere at the inaugural mob run between Motherwell Athletics Club and Hamilton Harriers. Great to see so many people turning up, digging deep and braving the conditions. Well done everyone! Congratulations to Motherwell Athletics Club for the win. Huge thanks to Strathclyde parkrun for welcoming us and all the volunteers, runners and spectators for their support. Looking forward to the next mob run and leveling up the score!” 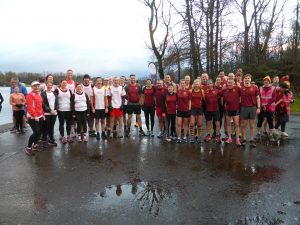 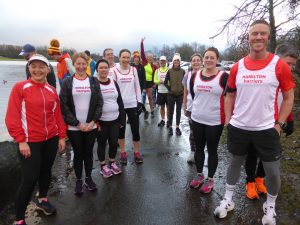 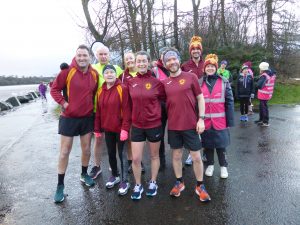