Motherwell AC Athletes out in force at the Emirates Arena today 12 December 2021.

A number of young athletes from under 11 and under 13 were making their competitive debuts for the club and every athlete from under 11 through to under 20 competed superbly and as always, represented the club with pride.

Some tough competition and every one of the team gave 100% effort. Thanks to all the athletes who represented us so well, to all the coaches and team managers, and for terrific support from the parents. Well done to you all. 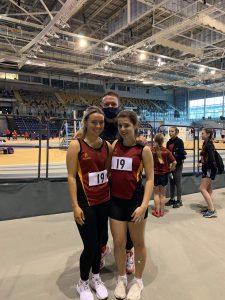